Recently Schar sent me a few loaves of their new Artisan Baker sliced bread to try out.  It comes in both artisan white bread and multigrain varieties.  You can really taste the sourdough starter used in the recipe.

Some of Schar’s breads are fantastic while others I've tried left much to be desired.  A few years ago I picked up their white bread and found it a little flat tasting and crumbly so I never bought it again.  I also found their regular rolls shared some of the same disappointing characteristics so again I never purchased them again since we all know how expensive gluten free breads can be.

Although I didn’t care for those varieties, I’ve thoroughly enjoyed many of their other breads over the past few years.  I’ve even used several of them in my videos:

The Deli Bread made an awesome Grilled Reuben:

And the Ciabatta Rolls were fantastic in these Buffalo Chicken Sliders:

But lets get back to the review at hand.

One of the most appealing things about this bread as well as many of their other products, is the fact that it isn’t frozen.  There are a few other companies producing shelf stable gluten free breads but none that I know of making a bread with such a long shelf life.  I received these loaves a few weeks ago around August 15, 2015.  But date on the bread fastener  gives a best-by date of November 15, 2015. 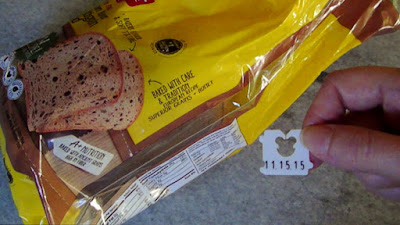 That’s a big deal for me.

With freezer space being valuable real estate at my house, it’s very nice to have a shelf-stable bread that can be stored for three months.  I just hoped that the taste and texture wouldn’t deflate my excitement.

The bread is packaged in a typical bread bag but once that bag is opened, the bread is sealed within a heavy gauge plastic bubble pack that looked pretty impressive.  Who knows what type of preservative might have been sealed in there to keep it fresh for so long. 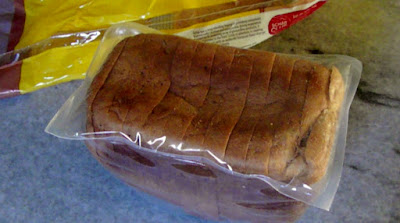 First I opened the Multigrain loaf and was pleasantly surprised by the aroma.  This bread really smelled like it was made with a mature dough.  And when I use the words “mature dough” I’m referring to the full bodied flavor and character usually found in sour dough breads. And since both of Schar’s artisan loaves were made with a sourdough starter I guess I should have expected this trait.

Both breads had a dense sturdy texture and nice crumb pattern that lacked the huge holes you can find in some brands.  But the multigrain bread was slightly on the drier side than the white bread.

It wasn't choke you to death or crumble-apart dry.

Instead I thought it would be a great bread to stand up to added tomatoes without turning into a soggy mess type of dry.  So I piled on several lunch meats before crowning the sandwich with mustard and some beautiful vine ripened tomatoes for an amazing result.

The flavor of this loaf was unmatched with the sourdough starter really shining while tomatoes offset any dryness.  And this sandwich held up well right down to the last delicious bite.

For the white bread I decided to put it through an even tougher test.  I really wanted to see how well it would hold up in a Monte Cristo sandwich.  I have to admit I was a little worried since I would be starting with a loaf that was slightly softer than the multigrain before dipping the sandwich into a French toast style egg wash before being pan fried.

Have you ever seen the way some gluten free breads can fall apart?

It turns out there was nothing to worry about.  The sandwich was perfect.  I’m actually editing a video tutorial for this Monte Cristo that will be posted in a few days.

Schar has really come a long way from their sandwich loaves of old.  In my opinion their sliced bread has gone from a bread that I tried once and would never buy again to a bread with a nice texture and superb flavor that I could see myself using in many applications beyond just sandwiches.

I’m already dreaming up a brunch strata that I could serve during the holidays.

Maybe I could do Monte Cristo type bread pudding that would feed a crowd quickly without all of the last minute preparation that comes along with doing an actual Monte Cristo.

EZ Gluten Free
Hi! I'm Anne and I've been Gluten Free since March of 2011. I’ve been living with MS for about 20 years and was urged by a relative to eliminate gluten from my diet. Although I was skeptical that a gluten free diet could help, I was feeling sick enough to try anything in hopes of improving my situation. My symptom improvements were minimal at first but are now measurable enough that that I am committed to continuing on this journey to avoid any worsening of my situation. Staying on course isn’t always easy. I love pasta, bread and baked goods and a gluten free lifestyle can get pretty expensive. Fortunately I like to cook and experiment with recipes. I've been able to recreate most of my old favorites. I hope you'll come back often as I share my experiences in the gluten free kitchen.

To help support this blog, you can make your AMAZON purchases originating from the Amazon search box below at no additional expense to you. 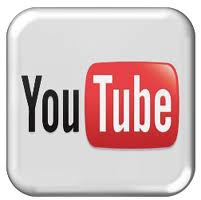